The French give us the gites! 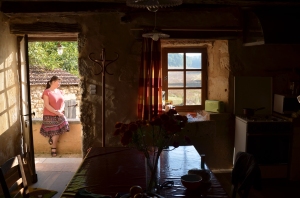 It is hard to know what to think when you are woken from your sleep by a double barrelled shotgun blast not far from your bedroom window. 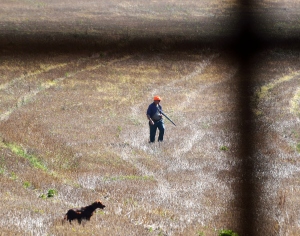 We had been doing quite a bit of thinking as steadily we made our way down from the top of Europe. No matter where we were, we could always feel the seductive power of one country. Like a distant glimpse of frilly underwear or a whiff of old wine, France seemed  steadily drawing us like a date with destiny.

But the true reason was less poetic. We had booked a week in a farmhouse near the Dordoyne River in the country’s south west, and had paid in advance. Jill had found it online while looking for what the French call gites.

Yes we hate those snobby Francophiles, who bore you with the assertion that this charming but flawed society is the one and only underpinning of civilisation. 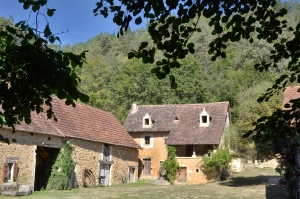 However the other night, we conceded that the country did have something. The air was still warm, the house with its thick stone and half timbered walls was still cool. We had just been for a refreshing dip in our private pool  and an empty bottle of excellent Bordeaux white sat on the large kitchen table. The house, which has been modernised only to the most basic standards, dates back to the 12th century. The bottom floor is a large single room with an enormous medieval fireplace at one end, large enough to roast a decent sized pig on a spit. It now contains a modern wood heater and that room end is the sitting area.

At the other is the kitchen with its big table and a ceiling high grandfather clock which apparently no longer works. Out the front under a big porch is an outside dining area. 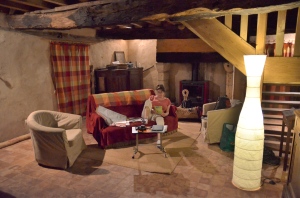 The ceiling which is the floor to the upper storey, is held in place by irregularly sized oak beams, most blackened by nearly 900 years of wood and candle smoke. They drop a fine layer of ancient wood borer dust when you walk above. 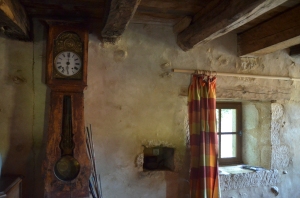 Upstairs the old attic has been converted to two bedrooms, bathroom and toilet. The roof beams unfortunately were put in place when the average medieval human was considerably shorter than today and I am still feeling the bumps on my skull from blundering around on the first night. Outside there is a selection of decrepit farm buildings chock full of equally decrepit farm equipment. The entrance to our place is through an arched stone gateway over an arched stone bridge. 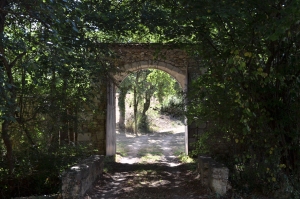 It was our first morning here when we were so rudely awoken by gunshots. The area is known to the French as the Perigord and is peppered by so many attractions that we feel paralysed by choice.

Upstream there are the famous prehistoric Lascaux caves, some of the world’s oldest art. The river banks are bordered by a bewildering number of chateaux, some with fabulous gardens. There is a museum devoted to the emperor Napoleon in a chateau owned by his descendants. Villages here are credited with being some of the most scenic in France. 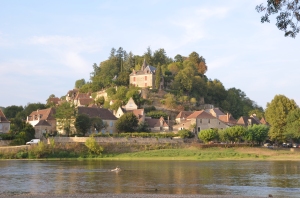 The Dordogne and its tributary the Vezere offer an exhausting choice of canoeing and kayaking possibilities. 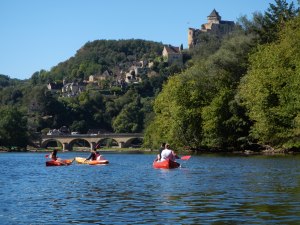 If you are into foie gras and truffles this is the place for them. And then there are vineyards that produce wine that I have to admit is probably better than from home, for a fraction of the price. 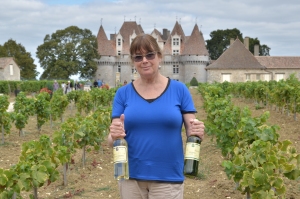 I even thought of driving our little rented Peugeot to the Atlantic coast for a day of surf, but we seem to just loll around our farmhouse.

Which brings us to the gunshots. Apparently another attraction is a popular location for le chasse. We did not read the description carefully when we chose the place, but it welcomed visitors to bring their own guns and horses. French love hunting and some of the shooters prowling our fields are women, but unlike the old song Never on Sunday, in this case it appears to be always on Sunday and it also turned out to be always Wednesday.

But in my bad French I got into conversation with two old duffers who came looking   for feral pigs. 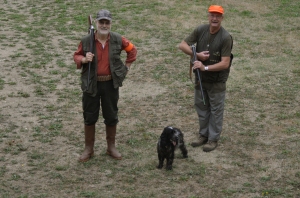 They were impressed we had come from the other side of the world. Apparently they were bigwigs in the shooting faternity and must have told the others that our farmhouse was occupied, so we were never troubled again.

One thought on “The French give us the gites!”